BIAS WHEN IT COMES TO GROUSE DOGS? 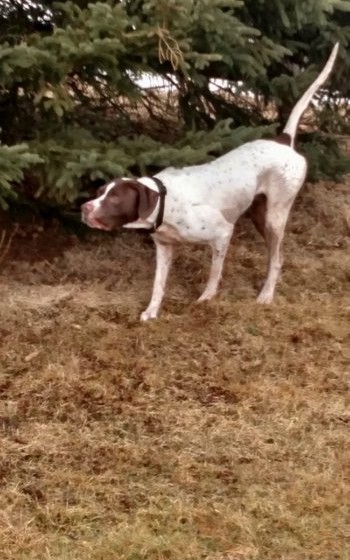 Ruffed Grouse and Woodcock hold a special place in the world of Upland Hunting in the Americas.   Diverse vegetation and mastery of their environment place the Ruffed Grouse and Woodcock among the hardest game to pursue.    It takes a certain breed of dog to work through the dense undergrowth that many birds frequent or have the nose to be strong enough to scent the bird far enough not to pressure the bird into flight.     Many Grouse Dogs have been thought to be the “chosen ones”…but are we just bias to what we have in our own kennels, or  thinking other breeds are beneath us. 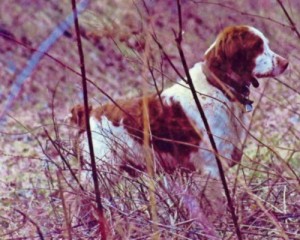 Bullet owned by Bob Angilletta circa 1993

This past weekend I had a conversation with a buddy who asked my English Pointers breeding.   I caught myself putting my breed ahead of others.   Was I being bias in how I delivered my explanation and descriptive on my breed of choice?  I really shouldn’t have been since my English Pointer wasn’t the first breed of dog I hunted Grouse with.   I started my upland hunting with a Brittany spaniel.   The line of Britt’s that I hunted with could rival any Setter or Pointer.    They were intense and hit the cover harder than any dog I had hunted with before.

What Is it about Setters and Pointers that Make them the Dog that is supposed to be in the Cover?   Let me start by saying that 75% of my buddies who are die hard Grouse Hunters own a Setter.  Their Long Coats and Stylish gate make them a perfect Grouse dog for the Climate and cover I hunt.   I have hunted behind some of the best and due to the fact that I grew up hunting long haired breeds, one would think that if I migrated to a long tail, it should have been a Setter.   Quite the contrary…..I had a Pointer while I owned Britts and I always admired their flare and style in the woods.

There is a certain nobility in the way a Grouse Pointer carries itself in the Cover.  My brother in law commented last fall that when he saw my Pointer “Fatso” in the cover, it almost appeared that the dog was gliding through the cover and over logs and through brush.   A Pointers intensity is unmatched when they are “on”.   Their nose  puts them in a class of their own.   Many Setter owners will argue a Pointers value versus a Setter and we all peck at each other when possible.   My pointer has been called a Coon Hound by Setter guys ribbing me.    At the end of the day, there are more English Pointers in the Bird Dog Hall of Fame than there is Setters…Fact.  My Bias is shining through with that statement but, non the less….it just supports my opinion.

Other Grouse Dogs, like the German Shorthair, Vizla and Weimeraner are also very aggressive and widely used breeds for upland hunting.   I have owned a couple of them too and had the privilege to hunt with a GSP that just found his way with Grouse and Wow!  This little GSP named Liam was action packed and became such a bird finder throughout the season.   I look forward to seeing more of him this coming fall.

We all have preferences as to what we look for in the Grouse Woods.   The Grouse Dog who is able to methodically work the cover for his/her master and capture the scent of a Grouse before getting close enough to spark the flee reflex is the dog who can be considered a true grouse dog.   The breed superiority and dominance can be left on the shelf when it comes to achieving a set of goals…. Locate, Point, and retrieve a downed Grouse.   The aesthetics and style preference is better left to our own taste!

» Dogs » BIAS WHEN IT COMES TO GROUSE DOGS?

4 Responses to BIAS WHEN IT COMES TO GROUSE DOGS?