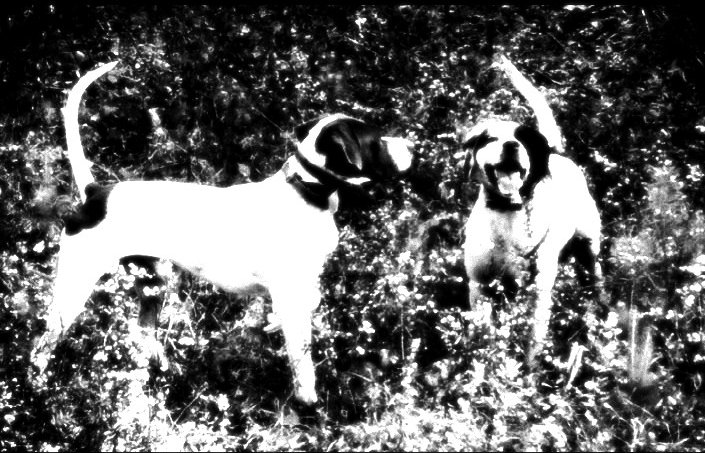 As a true Grouser, I have learned to accept a few things. First, Grouse season we are left with is way too short. Second, I am not going to bag every bird I flush. Lastly, the old days will never be back. As many of us have come to find out, the anatomy of a Grouser has many common denominators. We like all things autumn, we enjoy a great Bird dog, we love a good double, and we love Outdoor art and Literature. I guess it is our association with experiences afield that we identify with a certain look of an artist’s rendering or what moment they have captured that we aspire to recreate every time we go on a hunt. It also is the Patina on a classic shotgun which makes it rustic therefore triggering the possibilities of all these stories of its previous owner’s moments in the Grouse Woods. An artifact of a time encapsulated in the annals of Upland lore awaiting us to care it’s tradition forward. Sounds Romantic, doesn’t it? What is it about those days which make us pine for the feel of a paper shotgun hull, or the static sound of a classic radio broadcast? 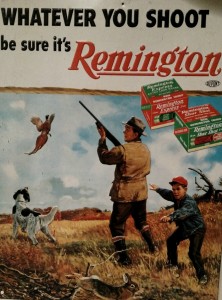 A Family Affair With Remington

Let me begin with youth. In the past the younger generations tended to look up to their elders with reverence and respect. Yes, many of you are saying that you have taught your kids to respect their elders but you are the minority in this day and age…sadly so. A youngster would get to go out with their Dad, Uncles, or even Grand Dad on a small game hunt to start off with. Witness a good dog working and a few good men in sync working the cover for birds or rabbit. Success of a well-placed shot and the harvest of this fine-tuned machine of a group or just an elder. Seeing that come together first hand is the proper introduction that many of us had the privilege to have gone through. Respect for each other and respect for the outdoors in a day when life was simpler. Children were less inundated with peripheral distraction like television and video games. Simple toys and entertainment allowed them to look at real people as their heroes rather than the extremes that feed their brains now. Their Dad was the one they bragged about at school as he bagged a huge buck or their dog was the best because he pointed a Rabbit and a Grouse. A stop at the local shop led them to a long conversation with the shop owner about recent hunts or how the towns Football team was doing. We have traded this in for immediate updates and vast amounts of information fed to us. 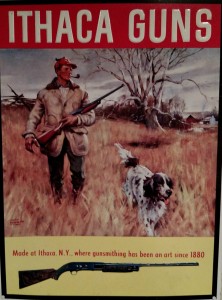 I envy the old, more simple times as I drove down a dirt road and had the privilege of catching and old broadcast replayed on an AM station on my way to a Grouse spot on an overcast Saturday. Remote dirt roads that do not see many cars will make one relax a bit, but the retro sounds of yesterday compound this mood. Hank Williams twang as I drive just a bit slower…cannot get better than that. I can remember the station playing an old Texaco Retromercial topping the feel off with an authentic time machine feeling for that morning. Reaching for my old Ithaca and letting the dog out with just a bell…almost thought I was in the 40’s or 50’s! I placed my Pipe with Cherry Tobacco in my front pocket as I can smell that delicious smell. It was just my dog and I and nothing was taking me out of this mindset. I was on a Seasonal access road which led me to the south end of the Dairy Farm where I was hunting. Gorgeous stone lay across small impressions to a beautiful apple orchard. It was perfection as I got into a few birds that morning and had my lunch on a big stone as my dog sat nearby begging for any scraps I’d throw his way. After a good meal, was a great smoke and broke out the pipe as I watched the dog wander away as the meal and any chance of a scrap flew out the door. As any actor would have to…I stayed in a character state of mind as for that day, I was off in another era.

My Dad Back In the Day

Driving Home, I began to think of what life was like for a guy like me back in the old days. Sitting down in the living room with the family after dinner, and your favorite dog lying next to you as your Radio program was about to start. Mysteries, Comedies, Cowboys and Indians…. Stories and episodes kept you waiting for the next adventure which you had license to picture anyway you wanted to. Finding a sound Hero in your dad like a Leave It to Beaver episode have all but left now. The magic of a simpler time is left for us to recreate as our Hero’s fade into a beautiful memory.

4 Responses to A GROUSER, WHO LEFT IT TO BEAVER